Beading Back in Time Blog Hop

So the theme for this Beading Back in Time Blog Hop was to Choose your Favourite Historical period (500 AD - Present), so of course I went straight back to the Roman era.
I'm not sure what it is about the Roman style that I feel so drawn to but I just love it!
For my piece I chose a Roman gold and amethyst necklace circa 1st century B.C for inspiration this is the piece.... 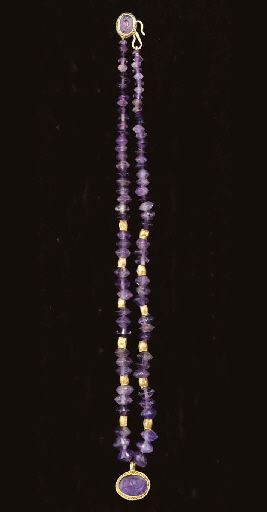 I just love every thing about this piece, the colours, the gems, the way the focal is set, the detail in the clasp every thing!
Unfortunately I am not so much in love with the piece I created, (it was one issue after another) so it is more of a work in progress! 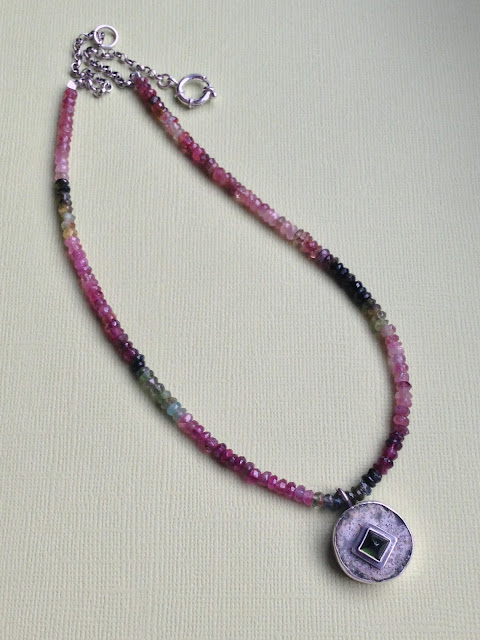 First issue I had was the silver beads that were going to sit in between the tourmaline beads were not the right shape, they did not look organic enough so I left them out, which I don't like! Then even tho there was 20 inches of tourmaline beads only about 15 inches of them had a hole big enough to thread the stringing stuff through (can you tell I never string things) so it came out shorted then I wanted and I had to attach chain to the ends with I really don't like the look of! 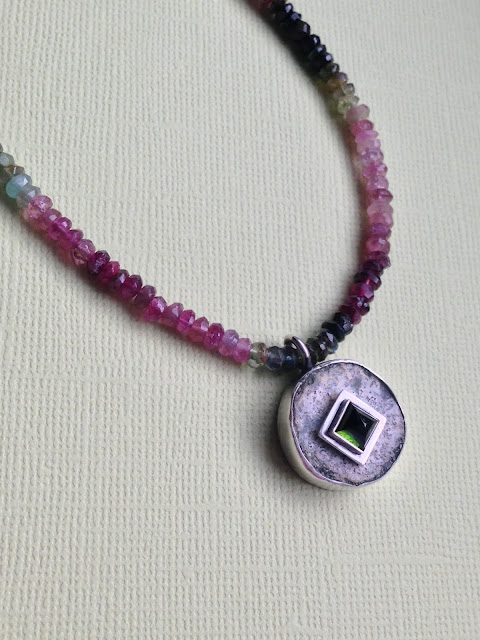 I did not have a cameo in my stash to use as a focal so I decided to use a piece of Roman glass, but I did not have any that had that beautiful luster that I associate with ancient glass and it looked rather plain so I decided to set a stone in centre to add interest which I like but think maybe it's a bit too large/over powering? Still on the plus side I taught myself to set a stone on stone! I have seen this technique used quiet a lot and am glad I tried it! 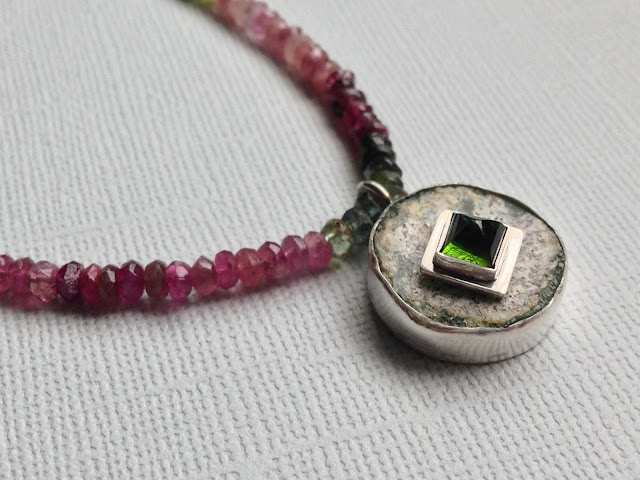 So I like the ideas I had but they defiantly need refining, also I did not get to make a beautiful clasp in time so just chucked a pre-made one on, when I restring this to add on the more organic silver breads I will also be making a beautiful handmade clasp to go with it!!!!

To check out what everyone else has created head on over to Phantasm Creations!